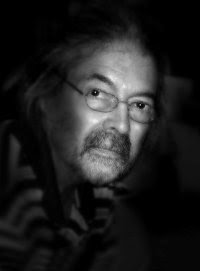 Stone Soup Poetry meets from 8-10 p.m. every Monday at the Out of The Blue Art Gallery at 106 Prospect Street with an open mike sign-up at 7:30 p.m. On October 25th ,Following the weekend services for jack at the Community Church in Allston on Sunday the 24th (10-noon), join Stone Soup as it holds what will likely be the longest open mike in its history as people gather from all over Boston and beyond to read and speak in praise of Jack Powers, the founder of Stone Soup who passed away on October 14th. The list of attendess includes so far:

And others to be announced. Contact us and let us know that you will be there.
Posted by Chad Parenteau at 12:51 PM