Deer Cloud has edited two published anthologies ~ multicultural Confluence and Native anthology I Was Indian (Before Being Indian Was Cool) ~ plus the 2008 Spring Issue of Yellow Medicine Review, a Journal of Indigenous Literature, Art & Thought.  She is now an adviser to Yellow Medicine.  Currently she is editing the Re-Matriation Chapbook Series of Indigenous Poetry for FootHills Publishing and just completed the second volume of I Was Indian anthology.  She is a Board Member of YANAN (You Are Not Alone), a non-profit Native organization for preventing suicide among Native American young people.  She served on two panels at the 2012 AWP Conference in Chicago (Narrative Poetry Panel & a second Panel on empowering indigenous students through Creative Writing), and she has had two panels accepted for the 2012 AWP Conference in Boston.  In spring 2012 she read and spoke on the Maine Women Writers Indigenous Poets Panel in Portland on March 30th and spent a week’s residency in poet Vincent Ferrini’s old studio (Gloucester Writers Center) the third week of April; she gave a reading on the 19th  at GWC and read at the Massachusetts Poetry Festival in Salem’s Peabody Essex Museum on April 21st.
Posted by Chad Parenteau at 4:27 PM

Stone Soup Poetry meets from 8-10 p.m. every Monday at the Out of The Blue Art Gallery at 106 Prospect Street with an open mike sign-up at 7:30 p.m. On October 1st, we receive a test from another venue, that of the Mill City Poetry series with current and pasts hosts Ricky Orng and Zeke Russell. 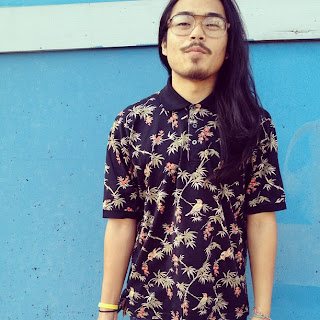 Ricky Orng is multi-tasker residing from Lowell Massachusetts, also know as Mill City; home of Jack Kerouac, The Industrial Revolution, and a whole bunch of Cambodian people. He has been committed to poetry and the art of spokenword for the past 5 years. Master of freestyle poetry, care taker of the haiku, and ambassador of the awkward, he also hosts the Untitled Open Mic at the Brew'd Awakening Coffeehaus and teaches spokenword at his city's founded organization, FreeVerse! Besides loving the Word, he also collects floral garments and plays frisbee. A five foot ten gemini with freckles, Ricky is kind of easy on the eyes, on the off chance his poetry is really boring. 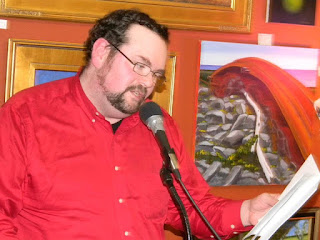 Zeke Russell grew up in an artist’s community in Central Maine surrounded by poets playwrights and lumberjacks. He has been writing poetry since the age of 8. He is the co-host and slam master of the Untitled at Brew’d open mic and slam in Lowell MA, on the first and third Tuesdays of each month. Tonight, he will reading a set of poems revolving around his time spent living in Lowell.

Posted by Chad Parenteau at 4:27 PM 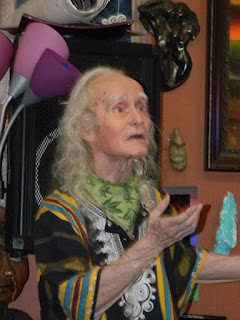 We recently found out that Bill Barnum, longtime staple of Boston's poetry community, had a bout of pneumonia earlier this month.  James Van Looy reported that he is currently recovering at the Spaulding Rehabilitation Network in the North End.  He is in good spirits and eager to receive visitors.   We at Stone Soup hope he is back on his feet soon.
Posted by Chad Parenteau at 12:27 PM 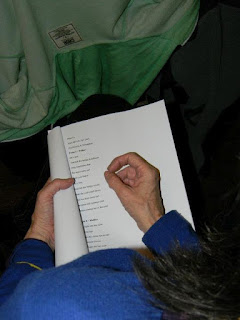 I will be leading a workship on September 24 th, to take place before Stone Soup Poetry from 6:00 PM to 8:00 PM. Price of admission into the workshop will be included in your standard donation to Stone Soup Poery.

You will be able to attend Stone Soup Poetry and the workshop without having to pay anything extra. I'm interested in community, not profit.

For the first workshop, please bring a poem of any form and style no more than 1-2 pages. Bring up to 10 copies of your poem to share with the group, an
d be prepared to share your thoughts on each other's work. If you have trouble printing your work, you can email it to me before noontime on September 24th at chadpoetforhire@yahoo.com

Tom Tipton at the Out of The Blue has agreed to lend us space in the gallery's spacious back yard. I'll make sure to bring snacks and water.

This workshop will ideally take place the final Monday of every month. Those who are unable to attend next week but interested in future dates please email me at chadpoetforhire@yahoo.com

Posted by Chad Parenteau at 2:14 PM

Jonathan Russell Clark and Ruby Fox.
Posted by Chad Parenteau at 9:20 AM