Stone Soup Poetry meets from 8-10 p.m. every Monday at the at the Out of The Blue Art Gallery at 106 Prospect Street with an open mike sign-up at 7:30 p.m. Stone Soup kicks off February with the first Boston-area features from poets Laura Brown-Lavoie and Antonia Lassar! Laura will be doing a full feature, and Antonia will be on hand for a spotlight feature.

Hosted by Michael F. Gill. There will be an open mic featuring live jazz piano by Michael Monroe. $3 suggested donation to help cover our rent at the Out of the Blue Art gallery.

Laura Brown-Lavoie is a spoken word poet from Providence, RI. A newcomer to the national slam scene, she was the 2011 Providence Grand Slam Champion and had the opportunity to perform on finals stage at the National Poetry Slam, where she and her Providence teammates took 3rd place. When she isn't writing, Laura works as an urban farmer, growing food on vacant lots across Providence. While much of her poetry is inspired by her interactions with the urban natural environment, she also writes to interrogate the use of language in politics and the mainstream media, and, of course, to figure out where the heck she is in all of this. She is committed to spoken word performance as a means of fostering creative community in a culture where too often people are isolated from one another in favor of glowing screens. Her mom is a high school English teacher, and her dad is a storyteller, and she takes any opportunity she can to be in rooms full of people where beautiful things are being said out loud. Oh, and Laura fuckin loves public libraries.

Antonia Lassar is thrilled to see you! Antonia’s home lies somewhere between Boston, Massachusetts and everywhere else. She has studied Theatre Arts at both Boston University and the University of Cape Town. Four years ago, Antonia would have called you crazier than Charlie Sheen if you threatened she would become a poet, but thanks to some brilliant mentoring from Boston and beyond, she hopes one day to become a famous poet/ actress/ activist/ vegan. She has performed at UCT’s Hiddingh campus, at The Boston Playwright’s Theatre, and in Las Vegas as the 2008 national high school speech and debate Storytelling champion. Antonia is constantly thanking her family, (You know in my head, because phone calls are expensive. Yes mom, I’m doing fine…) particularly for their rare breed of crazy that has shaped her as a poet and is an endless source of hilarity to write about.
Posted by Chad Parenteau at 6:54 PM 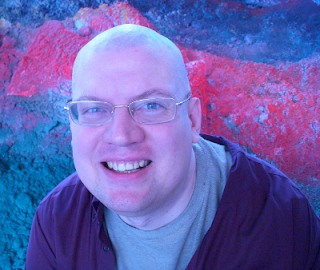 Stone Soup Poetry meets from 8-10 p.m. every Monday at the at the Out of The Blue Art Gallery at 106 Prospect Street with an open mike sign-up at 7:30 p.m. On January 30th, we close out January with the debut poetry feature of Owen Maresh.

Owen Maresh is a mathematics artist living near Inman Square. He likes visualization and is leery of endless towers of abstraction. He describes his creative writing style as "a chiaroscuro of eroded bananas, or a conglomeration of malfunctioning robotic bees". At present, he is working on finding methods of visualizing funky quasiconformal automorphisms of Julia sets.
Posted by Chad Parenteau at 8:09 AM

Martha Boss Features.
Posted by Chad Parenteau at 10:12 AM 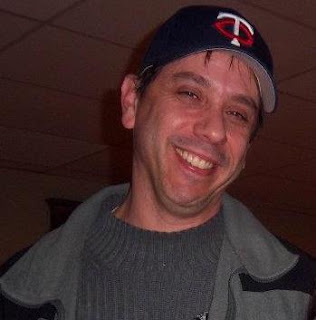 Stone Soup Poetry meets from 8-10 p.m. every Monday at the at the Out of The Blue Art Gallery at 106 Prospect Street with an open mike sign-up at 7:30 p.m. On January 23rd, we feature the return of Timothy Gager to our podium.

Timothy Gager is the author of eight books of fiction and poetry. He has had over 250 piece published in the last five years and of those eight have been nominated for a Pushcart Prize. He lives on www.timothygager.com
Posted by Chad Parenteau at 4:51 AM

Kain and Loveland Ring in The New Year.
Posted by Chad Parenteau at 8:17 AM 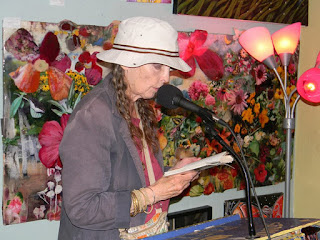 Stone Soup Poetry meets from 8-10 p.m. every Monday at the at the Out of The Blue Art Gallery at 106 Prospect Street with an open mike sign-up at 7:30 p.m. On January 16th, we enjoy a long-awaited full-length feature from local poet, Bagel Bard and longtime Stone Soup open miker, Martha Boss. She writes:

i don't have
a traditional bio.
& I didn't have
a formal education.

i did have
a variety
of jobs,
husbands,
children & grandchildren.

they all kept
& keep me
constantly tracking
the poem.
they were & are
my accredited hours.

translated correctly
poems are bios.
more specifically
i have had poems published in The Aurorean,
The Register, Light, Spare Change,
Suny Review, Salt Works Press
& Others.
March Hare published
my book "Twine," a collection of poems
in 2009.