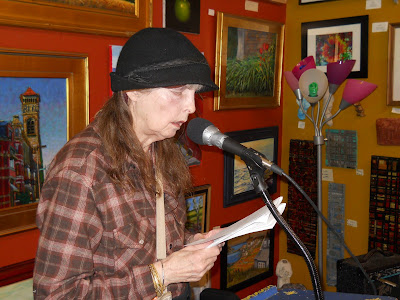 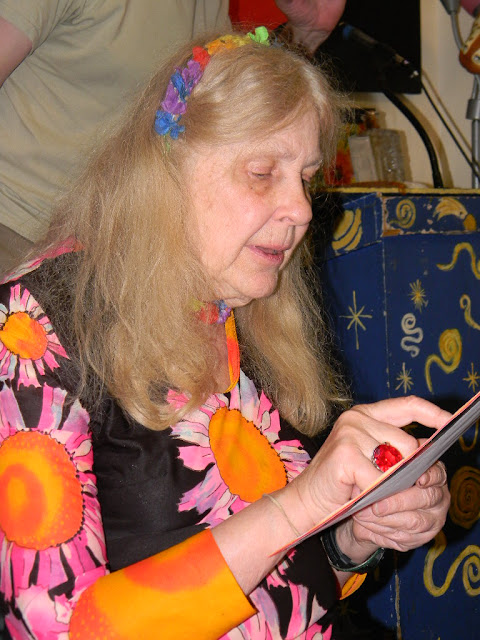 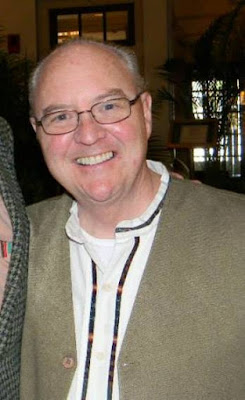 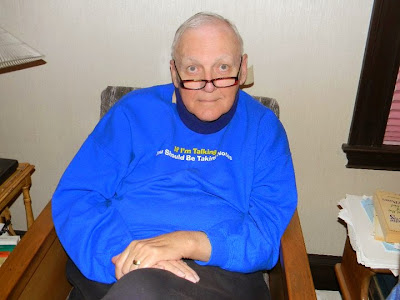 Stone Soup Poetry meets every Monday from 7-9 p.m. every Monday at the Out of The Blue Art Gallery, now at its new location at 541 Massachusetts Avenue in Central Square Cambridge, Massachusetts. On April 18, we feature a work of collaboration between two local poets, Gale Batchelder and Judson Evans. 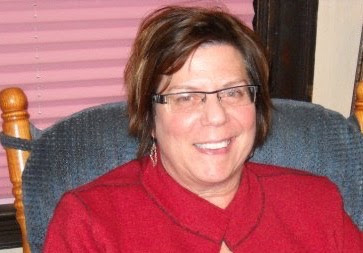 Gale Batchelder lives in Cambridge. Her work has appeared in the poetry anthologies New Smoke and Triumph of Poverty, and in White Whale Review and Amethyst Arsenic. She has been a featured reader at Stone Soup, The Poetry Salon of Boston, and at Brookline Poetry series. Gale is a co-founder of the poetry press, Off The Park, New York City. 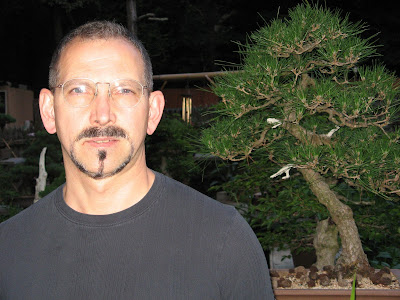 Judson Evans is an enthusiast for bonsai and horror films, Guerilla Opera and the Japanese art of Chindogu,(or absurd inventions). He teaches a courses on utopian societies, keeps reef aquariums, and has been involved in a wide range of collaborative experiments with composers, choreographers, dancers, and most recently, video artists, as well as other poets at The Boston Conservatory where he teaches Poetry Workshops, a class on cave painting and origins of religion and philosophy, and acts as Director of Liberal Arts. He has published poetry most recently in Laurel Review, Cutbank, and Volt.

Gale and Judson will be reading from their manuscript Chalk Song (Susan Berger-Jones is the additional author). Chalk Song, an experiment in collaboration inspired by Werner Herzog's Cave of Forgotten Dreams, traces multiple approaches of coming to terms with the provocative otherness of stunning cave art dating back 32,000 years.
Posted by Chad Parenteau at 4:55 PM 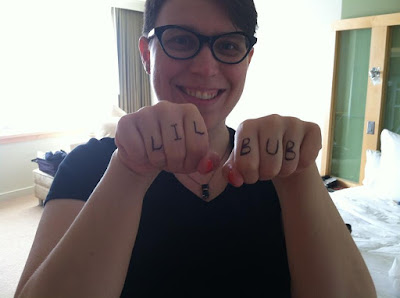 Stone Soup Poetry meets every Monday from 7-9 p.m. every Monday at the Out of The Blue Art Gallery, now at its new location at 541 Massachusetts Avenue in Central Square Cambridge, Massachusetts. On April 11, we welcome the return of Valerie Loveland, who has released two collections of poetry this year.

Valerie Loveland is the author of Female Animal, Mandible Maxilla and Reanimated Somehow. Her poems have been featured in Dzanc Book's Best of the Web and the Massachusetts Poetry Festival. She enjoys running, audio poetry, and silent movies. She is a Computer Science student and lives in Allston, Massachusetts.