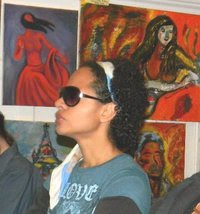 Stone Soup Poetry meets from 8-10 p.m. every Monday at the Out of The Blue Art Gallery at 106 Prospect Street with an open mike sign-up at 7:30 p.m. On February 28th, Mignon Ariel King returns to Stone Soup.

Mignon Ariel King was born in Boston City Hospital in 1964. It became apparent in kindergarten that she would probably be a bookworm and "city-girl" for life. After barely graduating from Boston Latin Academy and college thanks to language and visual arts abilities, she began a career as a formal scholar and experienced an intellectual and creative revitalization while earning a Master of Arts degree from the Graduate Program ...in English at Simmons College. Mignon was an adjunct English professor for about ten years, a database-clerical-research assistant in academic and nonprofit offices for a lot longer than ten years, and has filled in holes in her Swiss-cheesy resume with freelance proofreading and copyediting. For a list of publications and future events, visit her blog Making Poetry.

After 15 years of writing autobiography, Mignon Ariel King returns to her roots--love poems. Some are sweet, some are bitter, many are infused with lyrics from rock and pop artists from the '70s to the present. Roll on in to say goodbye to February with one last Valentine's Day celebration!
Posted by Chad Parenteau at 10:48 PM 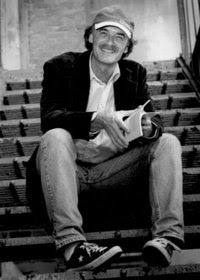 Stone Soup Poetry meets from 8-10 p.m. every Monday at the Out of The Blue Art Gallery at 106 Prospect Street with an open mike sign-up at 7:30 p.m. On February 21st, we welcome John Hodgen, who will be reading from his newest poetry collection from the University of Pittsburg Press.

John Hodgen is visiting assistant professor of English at Assumption College in Worcester, Massachusetts. He is the author of four poetry collections: his newest, Heaven & Earth Holding Company; Grace, winner of the 2005 Donald Hall Prize in Poetry from AWP; In My Father’s House, winner of the Bluestem Award; and Bread Without Sorrow, winner of the Balcones Poetry Prize. 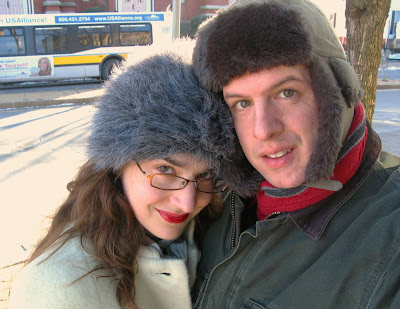 Stone Soup Poetry meets from 8-10 p.m. every Monday at the Out of The Blue Art Gallery at 106 Prospect Street with an open mike sign-up at 7:30 p.m. On February 7th, we welcome two of the forces behind the popular poem a day 365 blog, Michael and Lucie Monroe.

For Michael the adventure started three years or so ago when he reluctantly attended his first poetry slam at the Cantab Lounge, right down the street. Years of religious showmanship finely found an outlet that made sense, and his fondness for the spoken word increased until he was one of a handful of crazy souls to complete the first 365 challenge in 2009 - in his case, under 10 months instead of a full year. Undeterred by his success, he became the blogmaster and overseer for the 2010 and 2011 editions. He might be the only poet alive to have written 730 poems in 730 days and live to tell the tale.

His contagious enthusiasm soon contaminated his lovely bride, a recent political refugee from France who had never written a line in English and didn't think she could ever compare to English speakers in their native language. But when you have style, you can't lose it – as could testify Lucie's school teachers all wowed by her French composition writing skills, cleverly dissimulating a complete lack of content. A natural born writer, and not one to refuse a challenge, she signed up for the 2010 edition of the 365, only to discover that, surprisingly enough, she did compare.

Whether they write separately, as a duo, or in a group setting, their styles, originally so different (funny, somber, angry or surreal for Michael – horrific, bittersweet, detail oriented and airy for Lucie) collide to make the kind of mash you're going to hear at Stone Soup on February 7th!
Posted by Chad Parenteau at 9:32 PM

Lynne Sticklor has her first full feature at Stone Soup.
Posted by Chad Parenteau at 5:54 PM