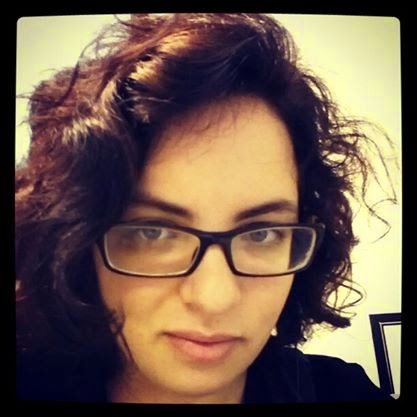 Stone Soup Poetry meets from 8-10 p.m. every Monday at the Out of The Blue Art Gallery at 106 Prospect Street with an open mike sign-up at 7:30 p.m. On June 2, we start June off with a feature by young poet and recent Yes/No Press author Emily Rudofsky.

Emily R. Rudofsky hails from the Boston area by way of the Mid-Atlantic Region. Her first chapbook, RAVENOUS, was published by Yes/No Press in January, 2014. Her poetry and artwork has appeared in Oddball Magazine, The Gabbler, The Fat City Review, and ZigZag Folios Vol.2. Emily spent her school years reading during math class. Now she spends her workdays reading under her desk. She still gets in trouble.

Posted by Chad Parenteau at 9:07 AM 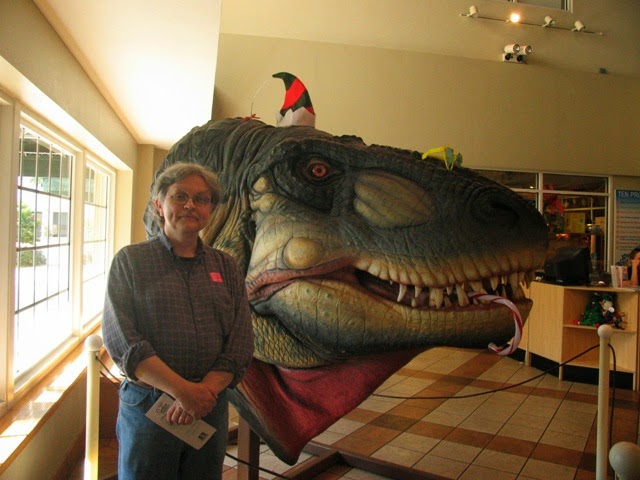 Stone Soup Poetry meets from 8-10 p.m. every Monday at the Out of The Blue Art Gallery at 106 Prospect Street with an open mike sign-up at 7:30 p.m. On May 26, we welcome another friend of Stone Soup and the Boston poetry scene, David Miller.

David P. Miller’s poems have appeared in print in Meat for Tea, Stone Soup Presents and Durable Goods, and online in the Muddy River Poetry Review, Wilderness House Literary Review, and the Boston and Beyond Poetry Blog. His chapbook, The Afterimages, is forthcoming from Červená Barva Press.  His has three “micro-chapbooks” available from the Origami Poems Project website. David was a member of the multidisciplinary Mobius Artists Group of Boston for 25 years, and is a librarian at Curry College in Milton, Mass. He has often been seen in the company of one or more of the Bagel Bards.

Posted by Chad Parenteau at 5:24 PM 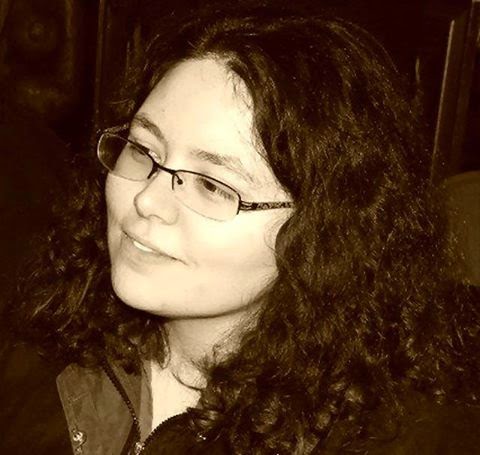 Stone Soup Poetry meets from 8-10 p.m. every Monday at the Out of The Blue Art Gallery at 106 Prospect Street with an open mike sign-up at 7:30 p.m. On May 12, Stone Soup is please to welcome M.P. Carver to the podium.

M.P. Carver lives in Salem, Massachusetts. A member of YesNo Press, M.P. helps host the twice-monthly Zig Zag Poetry Open Mic (Salem, MA). M.P. has featured at Stone Soup previously, at Speak Up! (Lynn, MA), Merrimac Mic (Newburyport, MA). and most recently in the Poets in the Round event at the 2014 Mass Poetry Festival. M.P.’s poetry has appeared at the Massachusetts State Poetry Festival (2012, part of the Poetry Everywhere art installations), in the University of Virginia’s Hospital Drive, and in the inaugural issue of Zig Zag Folios.

May 12: The Wild Women of Lynn Feature at Stone Soup 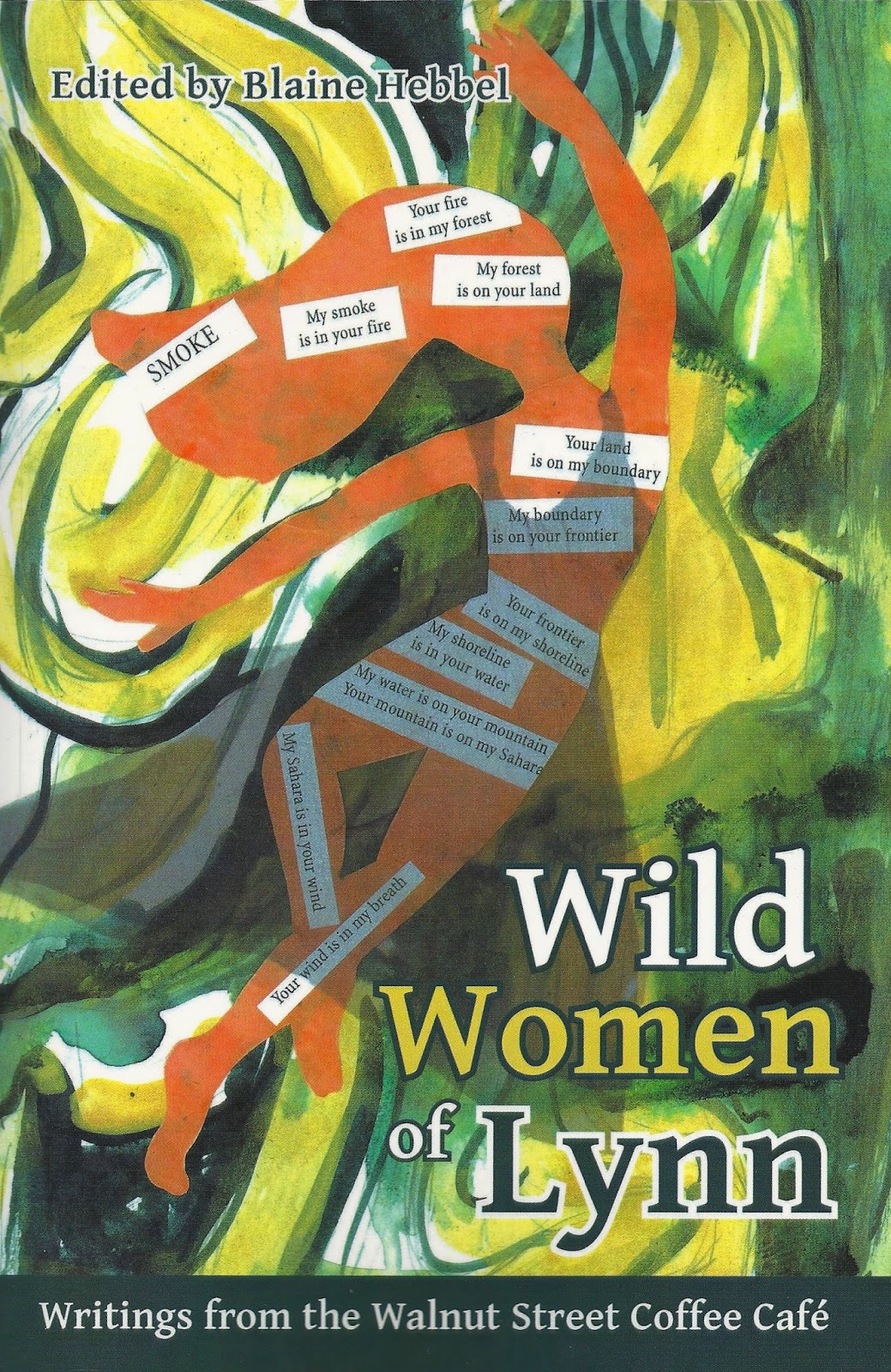 Stone Soup Poetry meets from 8-10 p.m. every Monday at the Out of The Blue Art Gallery at 106 Prospect Street with an open mike sign-up at 7:30 p.m. On May 12,  Stone Soup's 43rd anniversary month continues strong, as we we have the pleasure of featuring every single contributor from the recommended local Wild Women of Lynn anthology.

Ring of Bone Press is a small publishing house founded in 2013, from Ipswich, MA. The mission of the press is to bring "The American Voice" to you, the reader, by publishing the work of local, under discovered poets and writers. The first book from the press is Wild Women of Lynn: Writings from the Walnut Street Coffee Cafe, poems and writings from five incredibly talented women poets from Lynn, each sharing their versions of "The American Voice."

Kerry Zagarella is a performance poet and toured with the first Boston Poetry Slam Team. She has performed at a variety of venues, including First Night Boston, The DeCordova Museum, The Boston Architectural Society, and the Green Mill in Chicago. Her work has appeared in magazines such as The Stone Soup Quarterly, Borderine Magazine, The Tower Journal and Wail Magazine. Her collection of original poems, Cardboard Soul, was published by This Poet's Press, and one of her essays can be found in A Tribute to Brother Blue by Yellow Moon Press.

Jocelyn Almy-Testa is a not quite 40 year old dancer, mother of four, writer, arts advocate, runner, photographer, sculptor, fiber artist, daughter, sister, lover, housewife, feminist coach and friend. Sometimes she likes to have a glass of wine and just stare out her favorite window and not be anything.

Kato Mele is a writer who has abandoned the idea of keeping up with the Joneses and has instead concentrated on keeping her head above water, which she is current accomplishing in her beloved adopted city of Lynn, Massachusetts - that the great and terrible beauty. She is neighborhood renowned for her use of her wit, her wits and even the occasional use of her half-wits whom she keeps in her shed and deploys only when absolutely necessary as she fears an uprising if they were to gain knowledge of the outside world and al the possibilities it holds. Her work has been sparsely published due to her inability to focus and complete the task at hand, but she has been found between the covers of THIS Magazine, Zig Zag Folios, and she can, truth be told, at the moment to be found between the covers and sheets of her reasonable comfortable bed.

Elizabeth Gordon McKim is a poet, spoken word performance artist, editor and teacher of poetry for people of all ages. She is the author of five books of poetry, the latest being The Red Thread, published by Leapfrog Press and Beyond Words, a poetry guide for parents and teachers co-authored by poet and teacher Judith Steinberg. McKim's poems have appeared in magazines, reviews and journals and she is a member of the graduate faculty of Lesley University in the department of Creative Arts in Learning. Her roots are in the oral tradition of song, story and chant. She is Poet Laureate of the European Graduate School in Saas Fee, Switzerland and locally is known as The Jazz Poet of Lynn, MA where she lives in a renovated shoe factory in Central Square and is often found at the Speak Up! open mic magic evenings at the Walnut Street Coffee Cafe.

May 5: Dennis Daly and Dimitris Lyacos at Stone Soup 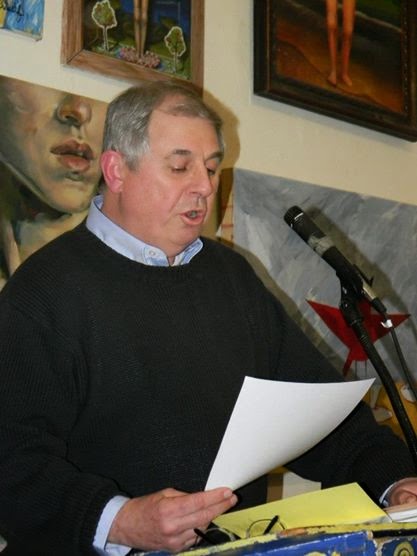 Dennis Daly’s first full length book of poetry, The Custom House, was published by Ibbetson Street Press in June, 2012. His second book, a verse translation of Sophocles’ Ajax, was published by Wilderness House Press in August, 2012. A third book entitled Nightwalking with Nathaniel was just released by Dos Madres Press in April 2014. Daly writes reviews regularly for the Boston Small Press and Poetry Scene. He is a former factory worker and labor leader. Follow his blog here: dennisfdaly.blogspot.com. 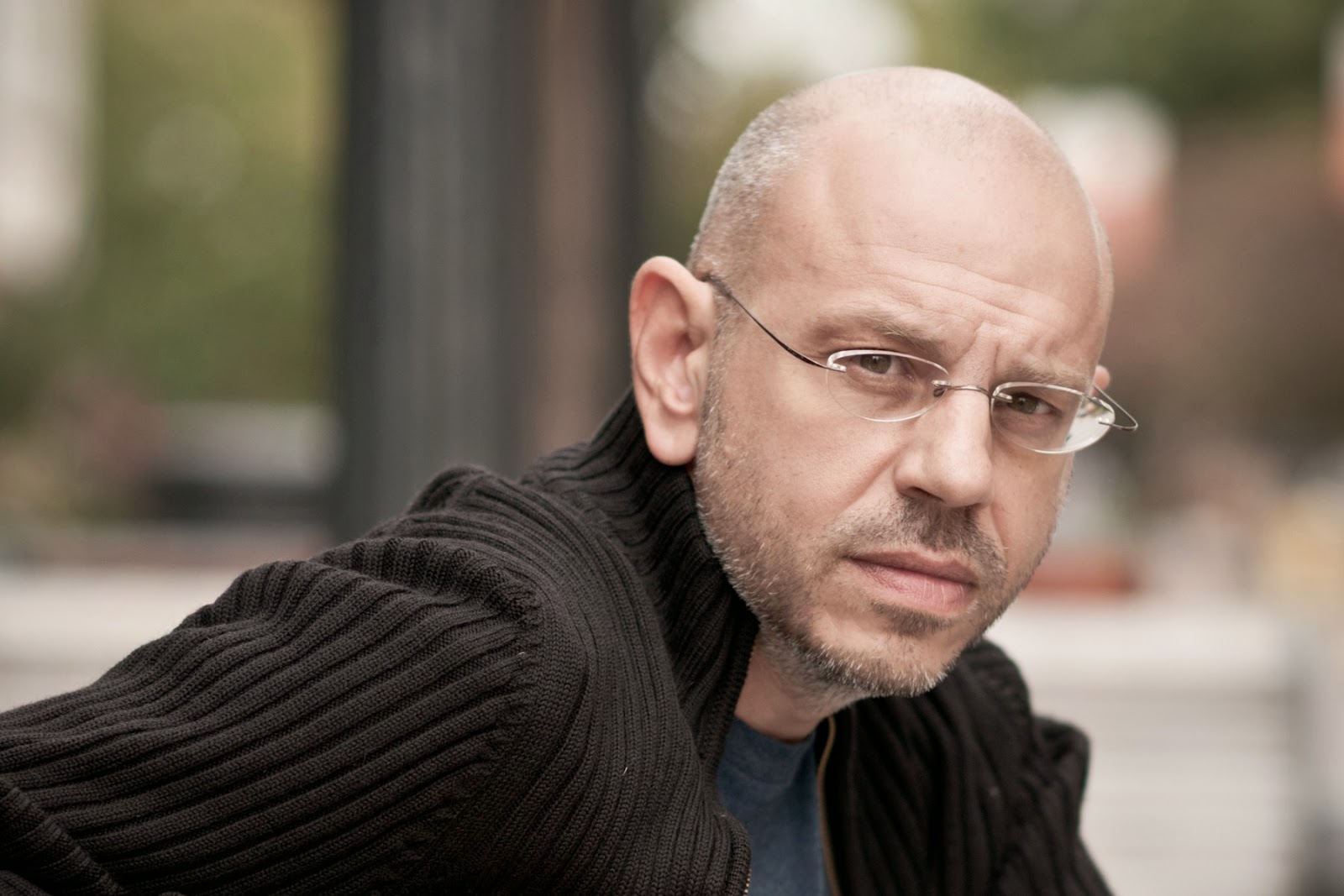 Dimitris Lyacos is the author of the Poena Damni trilogy, an exceptionally popular and influential work of European avant-garde writing. Translations of the original Greek have appeared in English, German, Italian, Spanish, French and Portuguese, and numerous performances have taken place across Europe and the USA. The trilogy has inspired many sister projects in the fields of drama, contemporary dance, video and sculpture installations, opera and contemporary music. Dimitris Lyacos was 2012 Fellow at the International Writing Program, University of Iowa.

Posted by Chad Parenteau at 7:57 AM