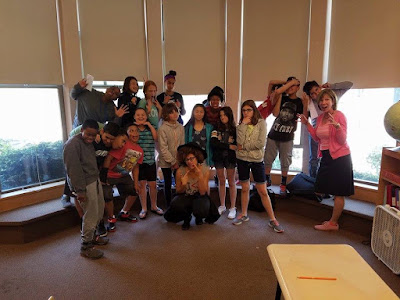 Stone Soup Poetry meets every Monday from 7-9 p.m. every Monday at the Out of The Blue Art Gallery at 541 Massachusetts Avenue in Central Square Cambridge, Massachusetts. On July 11, we welcome back Dexter Garcia, who will be debuting her first collection of poetry.

Dexter Garcia is a spoken word artist deeply involved in her home community of Lynn as a former member of and a Co-coach for the RAW elements Slam team. She is the author of For Blackmail: A Compilation of LOVE Poems. She has performed at some amazing events such as 2014 World Aids Day Boston and The American Voice 2015. Although a bit cynical Dexter considers herself a love poet. Her main goal is to give a little bit of her love to each audience member and hope they cultivate and grow it so they can spread it themselves. She believes cupid has no wings, just a few good poems.

Posted by Chad Parenteau at 5:42 PM 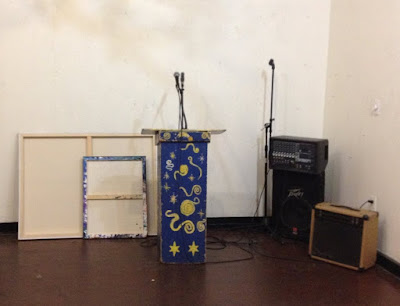 Stone Soup is taking a week off and will not be meeting this 4th of July Monday.

Meet us back on Monday July 11 when we will be returning to celebrate the release of Dexter Garcia's new book.

Posted by Chad Parenteau at 6:30 PM 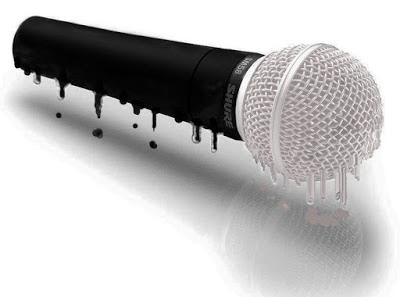 Stone Soup Poetry meets every Monday from 7-9 p.m. every Monday at the Out of The Blue Art Gallery, now at its new location at 541 Massachusetts Avenue in Central Square Cambridge, Massachusetts. Today on June 27, as the title above says, it's all open mic all night!

Posted by Chad Parenteau at 7:43 AM 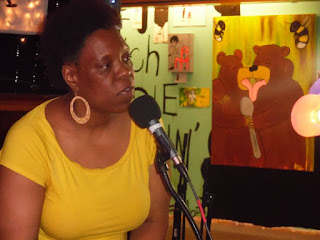 Stone Soup Poetry meets from 7-9 p.m. every Monday at the Out of The Blue Art Gallery, now at its new location at 541 Massachusetts Avenue in Central Square Cambridge, Massachusetts with an open mike sign-up at 7:30 p.m. On June 20, we have the return of Cambridge figurehead Toni Bee.

Toni Bee is a poet, photographer, and one of the founders of Black Lives Matter in Cambridge. The community advocate and mother was the first elected female Poet Populist for the City of Cambridge (2011-2013) She received the 2011 YWCA Cambridge Outstanding Woman Award.

Bee led the Black Lives Matter in Cambridge march along with co-founders and teen leaders in January 2015. She served on the board of directors from 2013-2015 at Cambridge Community Television - after years of being a Neighbor Media journalist at the television station.

Her work has been featured in Oddball Magazine, Stone's Throw and was selected to be part of Best Indie Lit New England, Volume 2.

Toni has been a story teller and poetry facilitator involved with (CPAC) Citi Performing Arts Center; for one year as the Community Artist Fellow and every summer since as a City Spotlights Spoken Word Teaching Artist.
Posted by Chad Parenteau at 1:58 PM