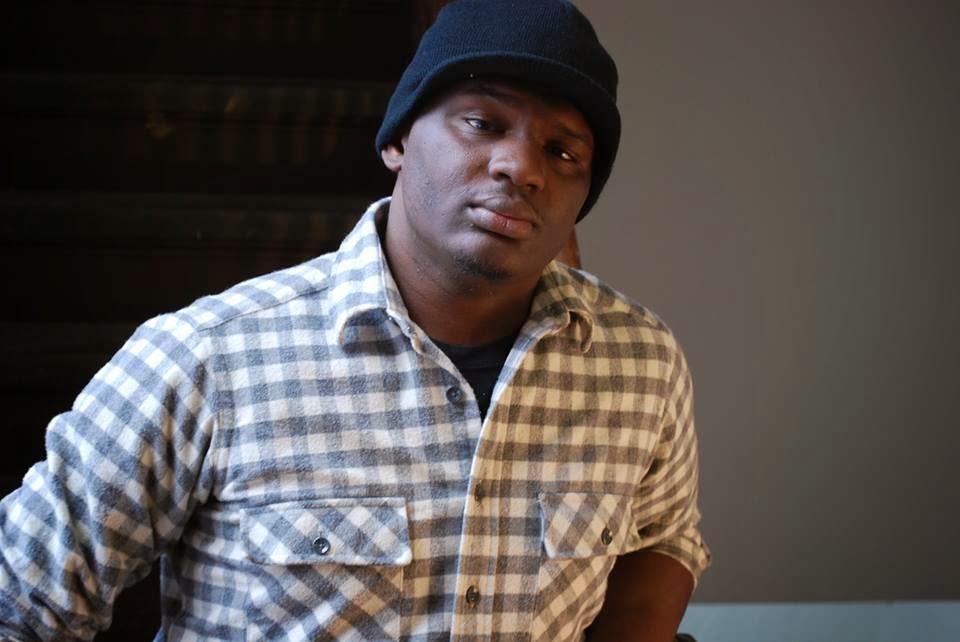 Stone Soup Poetry meets from 8-10 p.m. every Monday at the Out of The Blue Art Gallery at 106 Prospect Street with an open mike sign-up at 7:30 p.m. On June 30, Stone Soup begins the first of a exciting series of features at the end of each month starting members of the Flatline Poetry group, beginning with Lewis M. Morris.

Lewis M. is a multi-talented poet, writer, beatmaker, MC, and three time Uno Champion of the world. He started writing at the age of eleven, and discovered poetry slam at age fourteen. Since then, he has performed at The Apollo Theater, The Smithsonian, The Bowery Poetry Club, and The Nuyorican, among many others. For his work as a teaching artist, he has received the Newman Civic Fellow Award. He has also won a Mass Poetry Award for Most Versatile Poet. Lewis is the founder of The OFFICIAL Massart Poetry Alliance, a student group that hosts open mics, poetry slams, and special events that have grown to audiences of over one hundred. Currently, Lewis teaches poetry at Dorchester Academy in Dorchester, MA as their Poet in Residence, and is working towards his BFA in the Studio for Interrelated Media at the Massachusetts College of Art and Design. To find out more about Lewis, visit https://www.facebook.com/LewisMorrisIzThaIllest or lewism.bandcamp.com.

Posted by Chad Parenteau at 7:10 AM

June 23: An Evening with John Voigt 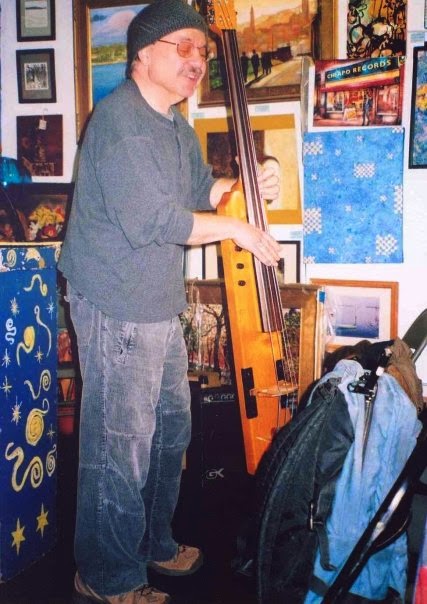 Stone Soup Poetry meets from 8-10 p.m. every Monday at the Out of The Blue Art Gallery at 106 Prospect Street with an open mike sign-up at 7:30 p.m. On June 23, we have an extended open mic where readers will have the opportunity to perform alongside reknowned jazz bassist Jon Voigt who will also play accompanying "word-sound solo pieces" as part of his visit.

John Voigt has had performances with figures such as Lawrence Ferlinghetti, Keith Jarrett, Bill T. Jones, Allen Ginsberg, Captain Kangaroo, Tuli Kupferberg of the Fuggs, Jemeel Moondoc, and Thurston Moore of Sonic Youth.  He has also performed in numerous Broadway musicals and taught the Massachusetts College of Art, and Boston Arts Academy. He currently serves as Librarian/Archivist for Berklee College. 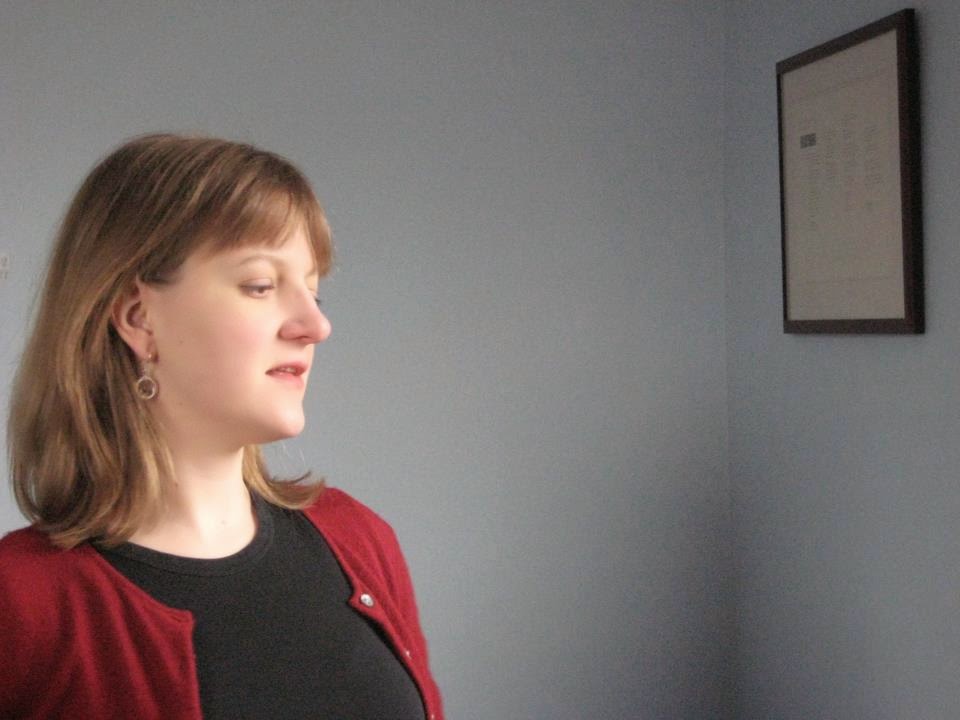 Stone Soup Poetry meets from 8-10 p.m. every Monday at the Out of The Blue Art Gallery at 106 Prospect Street with an open mike sign-up at 7:30 p.m. On June 16, writer, workshopper, educator and Jamaica Pond poet Susanna Kittredge returns to the podium for her first full-length feature at Stone Soup.

Native New Englander Susanna Kittredge has a Master of Fine Arts in Creative Writing from San Francisco State University. Her poems have appeared in publications such as Sidebrow, Shampoo, 14 Hills, We Still Like, 580 Split and Salamander as well as the anthology Bay Poetics (Faux Press, 2006). She is a proud member of the Jamaica Pond Poets and a regular participant at the Brighton Word Factory (a bi-weekly open writing group). She lives in Jamaica Plain and teaches middle school inclusion special education in Medford. 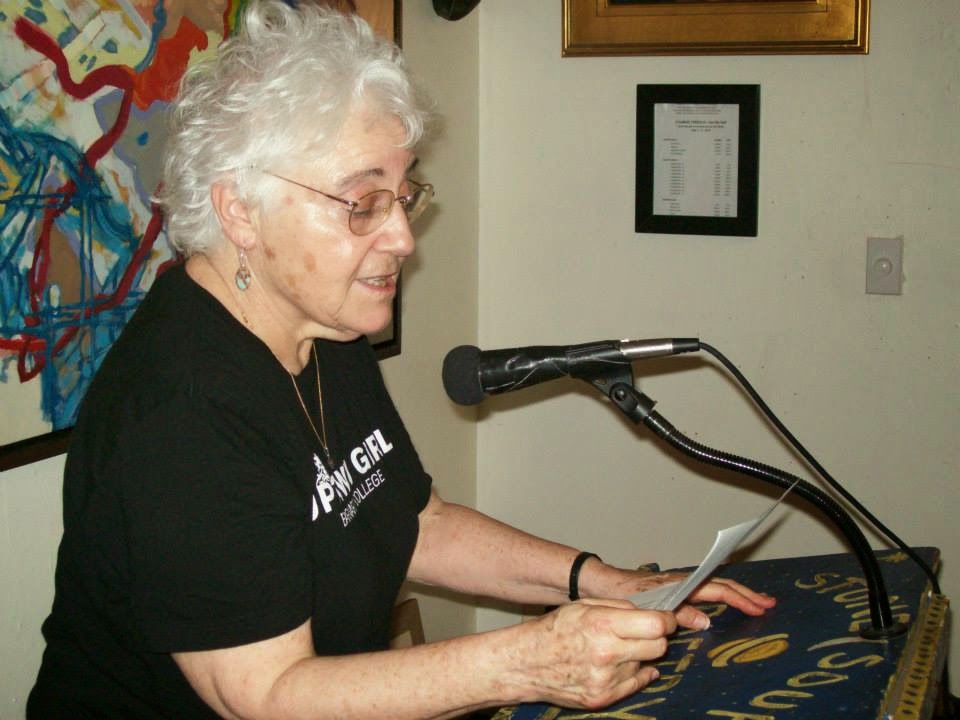 Stone Soup Poetry meets from 8-10 p.m. every Monday at the Out of The Blue Art Gallery at 106 Prospect Street with an open mike sign-up at 7:30 p.m. On June 9, we welcome poet and activist Alice Weiss to the podium.

Alice Weiss' poems have been appeared in the Alaska Quarterly Review, Oddball Magazine, Ibbetson Street, Radical Teacher, Liberty’s Vigil, The Occupy Anthology, Poetry Super Highway, Wilderness House Literary Review, Muddy River Poetry Review, and Jewish Currents.  She has also published nonfiction at VoxMom and Wilderness House Literary Review. Until 2011 she was the unofficial Poet-in-Residence at Am HaYam, the Cape Cod Chavurah. She has featured most recently at the Boston Poetry Salon and studies with Tom Daley and Joan Houlihan.

Weiss received an MFA in poetry from New England College in 2010. From 1977 to 1998 she was a civil rights attorney and public defender in New Orleans, Louisiana. This included voting rights cases and challenges to prison conditions, throughout the state. "I came to New Orleans as a young lawyer from the Northeast eager to make change and I was seduced by the dank and swampy and irremediable dysfunction of the place and the wit and sadness and the song people conjured up to deal with it. If I write poetry at all it’s because of the way living in Louisiana unlocked my suburban Jewish heart." She now lives and writes in Cambridge, Massachusetts.
Posted by Chad Parenteau at 9:53 PM