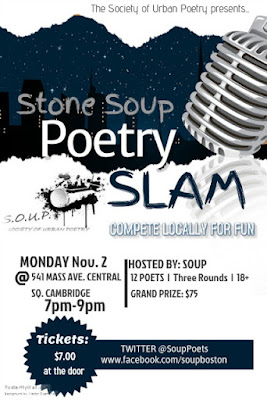 Here we go again Stone Soup Poetry Slam! Where slam poets get together and show us what they got! You be the judge to see if they got what it takes to win the first place $75 cash prize!! "So you think you can SLAM!"

Posted by Chad Parenteau at 6:08 PM 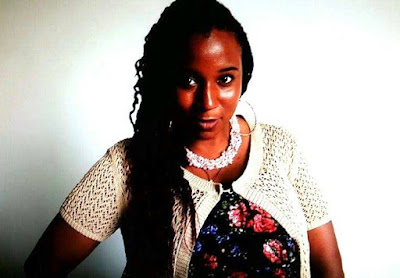 Stone Soup Poetry meets every Monday from 7-9 p.m. every Monday at the Out of The Blue Art Gallery, now at its new location at 541 Massachusetts Avenue in Central Square Cambridge, Massachusetts.On October 26, our celebration of the Society of Urban Poets concludes with the retrun of SOUP member Navah the Buddaphliii.

Navah the Buddaphliii (born Crystal Beck) is a Spoken Word Artist and a native of the South End of Boston. She has be in the game for over 17 years and has written some of the craftiest spoken word poetry. In 2001 Tru Magazine called her one of the strongest lyrist in Boston. Navah is a captivating performer and has performed all over Boston and Cambridge form every open Mic to the Big Stage of major venues. Her work continues to appear in venues such as Oddball Magazine and Stone's Throw.

In 2014 she joined forces with the collective poetry team call Society of Urban Poetry. She is also is the founder of Simply Poetry, which helps to showcase the most talented Poets in Boston. Navah is a big supporter of the Stone Soup family and is the creator of the Stone Soup Poetry Slam which is held every two Months at Out of the Blue Art Gallery.October 26: Navah the Buddaphliii Features at Stone Soup.
Posted by Chad Parenteau at 8:29 AM 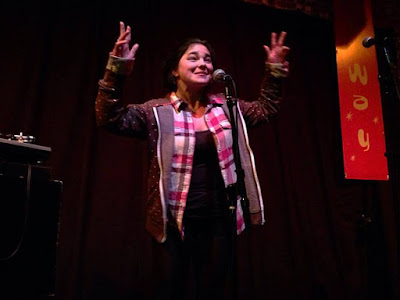 Stone Soup Poetry meets every Monday from 7-9 p.m. every Monday at the Out of The Blue Art Gallery, now at its new location at 541 Massachusetts Avenue in Central Square Cambridge, Massachusetts.On October 19, Hannah Brown, after being able to draw a crowd during post blizzard conditions, Hannah Brown returns during under more pleasant conditions to entertain us once again.

Hannah Brown is a Boston-based poet and spoken word artist. She has been writing since age 10, finding agency and voice through poetry. After graduating from Hampshire College in Amherst, MA, she returned to Boston and began performing regularly in 2014. She has been a featured performer at several events and venues throughout Boston and Cambridge, including If You Can Feel It, You Can Speak It, Stone Soup and the Art & Noise exposition. She performed and spoken at Boston University’s Urban Engagement forum for incoming students in 2015. She was a speaker and performer on the Capable Poets forum at the 2015 Massachusetts Poetry Festival and her work has been published in Oddball Magazine and Stone’s Throw. She is a member of the collective Society of Urban Poetry, a group that strives to produce and support both written and performance poetry. SOUP is particularly focused on poetry that acts as a vehicle for discourse and education on matters such as identity, community and social justice. Hannah believes that poetry gives voice to closed throats, and sees it as a life-saving force for writer/performer and reader/listener alike. Hannah is now living in Boston, performing and teaching. 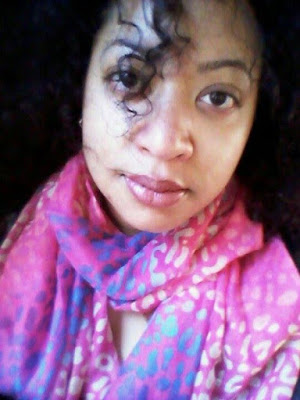 Jeannie Nunes was born and raised in Boston. The first in her family to have been born here in the US. She's a full time office administrator/student/mom by day and a kinda/sorta superhero by night. She's been writing for a long time, but just recently joined the ranks of poet behind the Mic. Shes also the newest member of the Boston based poetry collective The Society of Urban Poetry aka SOUP. She likes long walks in the park and doing dope things with dope people.