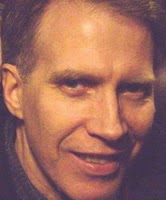 Stone Soup Poetry meets from 8-10 p.m. every Monday at the Out of The Blue Art Gallery at 106 Prospect Street with an open mike sign-up at  7:30 p.m. On September 1,we welcome Tom Daley back for another Labor Day performance.

Tom Daley was a machinist for many years and now leads workshops for writers at the Online School of Poetry, the Boston Center for Adult Education, and Lexington Community Education. His poetry has appeared in Fence, Crazyhorse, Denver Quarterly, Witness, Massachusetts Review, 32 Poems, Harvard Review and elsewhere. He is a recipient of the Dana Award in Poetry and was the winner of the Wag’s Revue Winter Writers Contest. He is the author of two plays, Every Broom and Bridget—Emily Dickinson and Her Irish Servants and In His Ecstasy: The Passion of Gerard Manley Hopkins, which he performs as one-man shows. His book of poems, House You Cannot Reach, is forthcoming from FutureCycle Press. 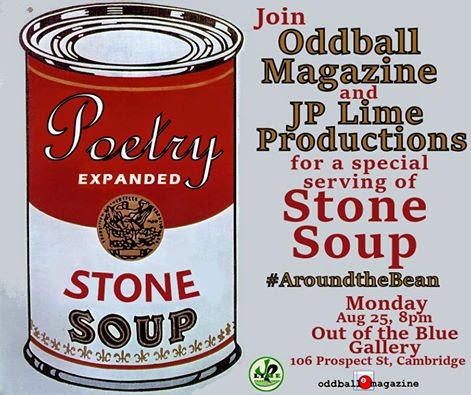 In addition to the awesome poetry of Flatline's Kaleigh O'Keefe, we also have a special micro feature with the help of Ivan De Jesus and JP Lime Productions. This Monday is not to be missed. 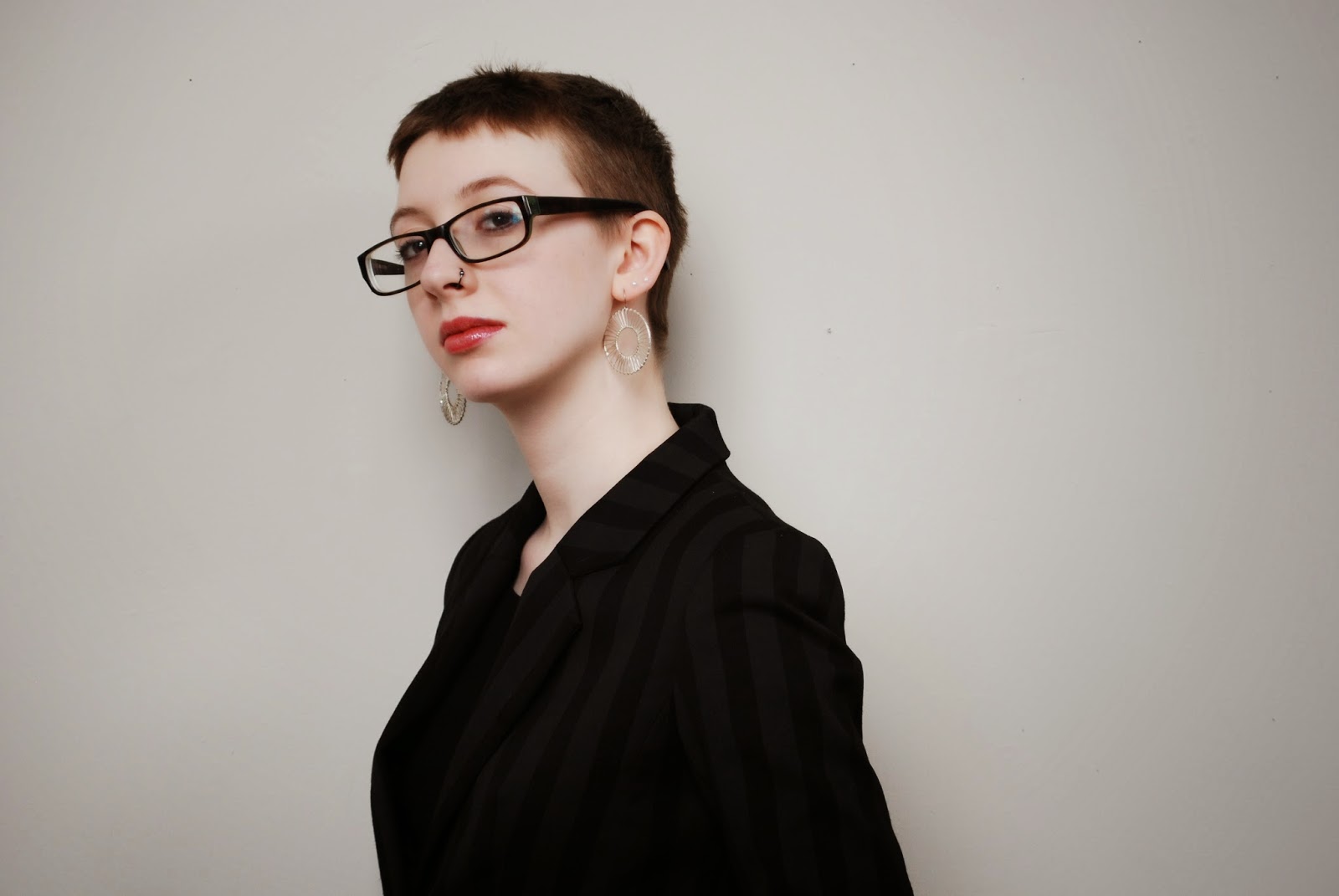 Stone Soup Poetry meets from 8-10 p.m. every Monday at the Out of The Blue Art Gallery at 106 Prospect Street with an open mike sign-up at  7:30 p.m. On August 25, Stone Soup continues it's featuring of the group Flatline Poetry (one member per month) with Kaleigh O’Keefe.

Kaleigh O’Keefe is a performance poet and fine artist working and studying in Boston, Massachusetts, who has shown her work and performed in many venues across New England. Kaleigh is a member of Flatline Poetry, a group of four poets who perform, lead workshops, and organize events.  She currently works to uphold the legacy Lewis Morris started as the president of The OFFICIAL Massart Poetry Alliance, where she organizes and hosts open mics, poetry slams, and special events. In her fine art practice, Kaleigh works mainly with ceramics, but has also worked with iron, bronze, aluminum, steel, rubber, plastic, wood carving and joinery, mixed media, site specific installations, and is a skilled and passionate mold-maker for life and object casting. Kaleigh is also passionate about education, sparked by working with the Gallery Education Team at the Bakalar and Paine Galleries in Boston for the past two years, and is currently working towards a BFA in Sculpture and History of Art of at the Massachusetts College of Art and Design. 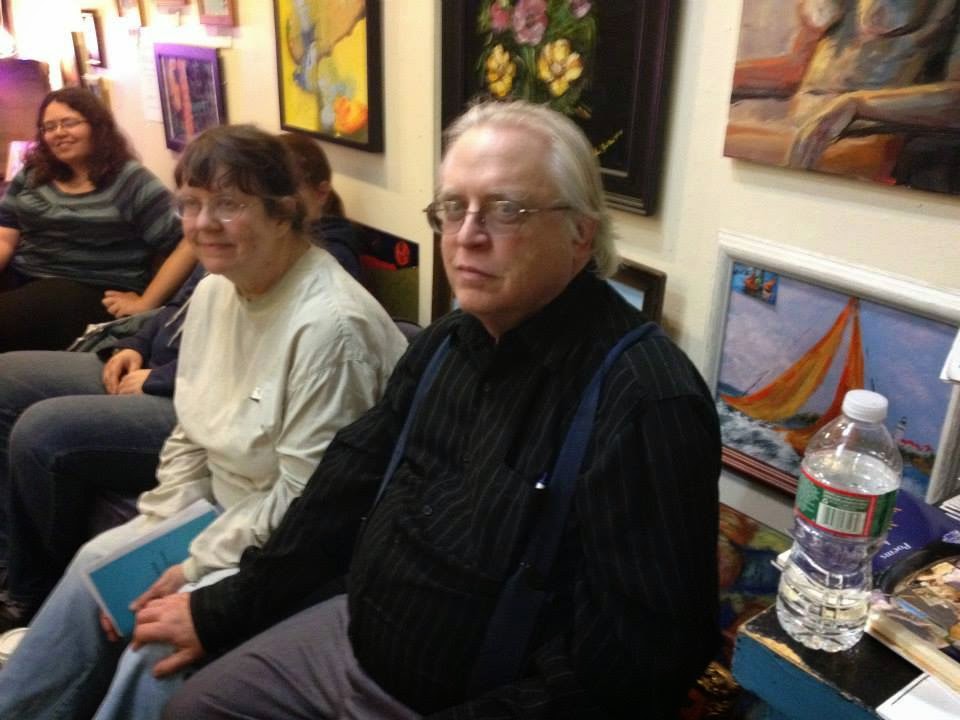 Stone Soup Poetry meets from 8-10 p.m. every Monday at the Out of The Blue Art Gallery at 106 Prospect Street with an open mike sign-up at  7:30 p.m. On August 18, we welcome the return of Martin Willitts, Jr. and Linda Griggs to Stone Soup.

He has 6 full length books and over 28 chapbooks. His most recent were national chapbook contest winning William Blake, Not Blessed Angel But Restless Man (Red Ochre Press, 2014), national ecological full length contest winner Searching for What You Cannot See (Hiraeth Press, 2013), Before Anything, There Was Mystery (Flutter Press, 2014), and new release Swimming in the Ladle of Stars (Kattywompus Press, 2014). He has more books forthcoming.

Linda Griggs is a Quaker poet who has worked as an elementary school art teacher, a teacher of the mentally challenged, and a mental health counselor.  She worked with at-risk youth In Syracuse, encouraging creativity and how to get along with each other. She currently works as a college professor in the community and human service area at SUNY Empire State College and holds a MPS in the Applied Work of the Humanistic Psychologists.

Linda is the founder and host of The Palace Poetry Group, meeting in Dewitt, NY.  She finds much inspiration for her poetry from nature. Her published work includes The Balance of Love (Willett Press, 2012), The Night of the Starfish People (Willet Press, 2011), and Love Poems of the Universe (Self-published, 2003).

Posted by Chad Parenteau at 2:09 AM 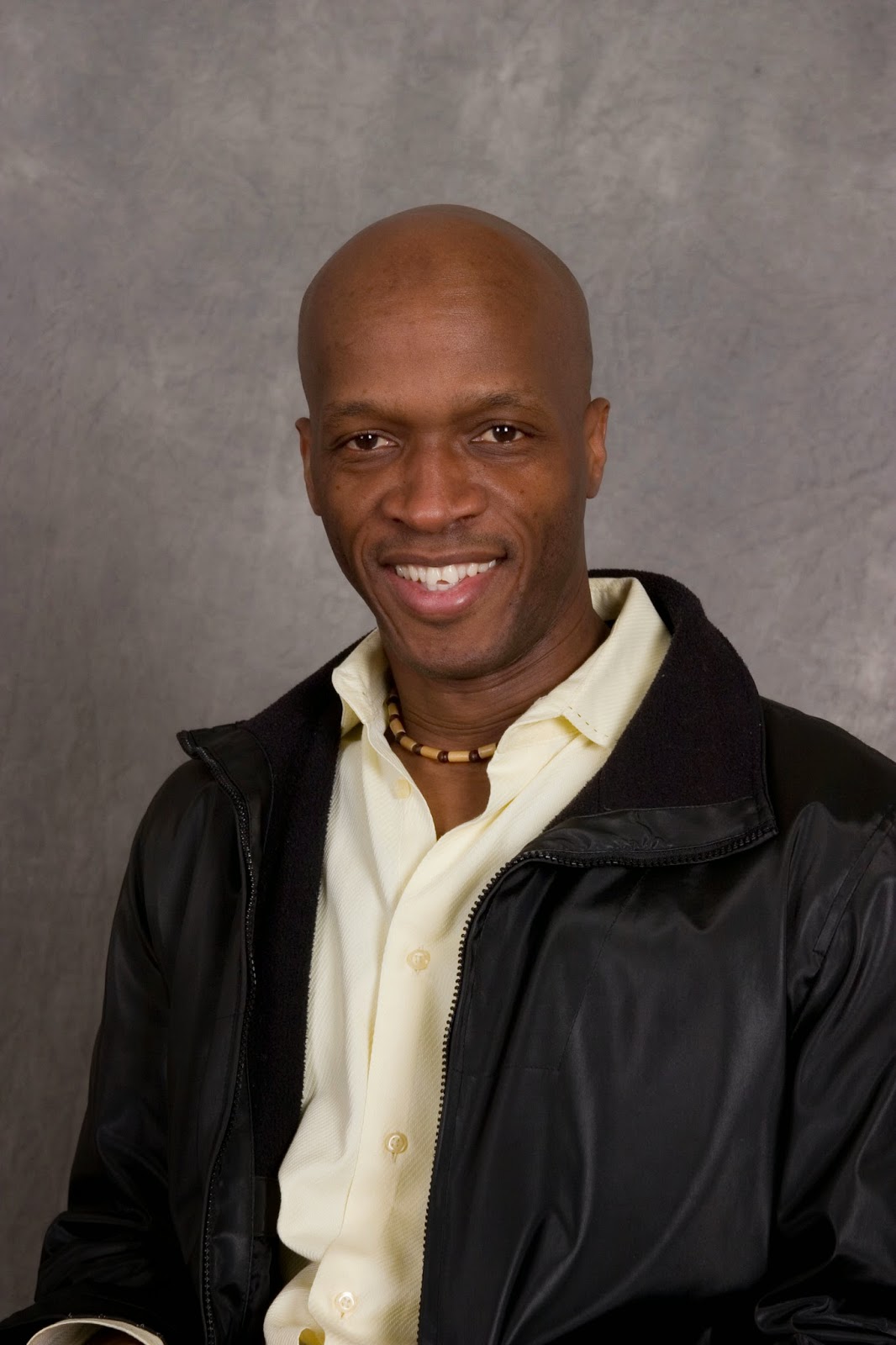 Stone Soup Poetry meets from 8-10 p.m. every Monday at the Out of The Blue Art Gallery at 106 Prospect Street with an open mike sign-up at  7:30 p.m. On August 11, we have a night of poetry populism, as Toni Bee (former Cambridge Poet Populist 2011-2013) welcomes Jean Dany Joachim for his first Stone Soup feature.

Jean Dany Joachim served as Poet Populist of Cambridge, 2009-2011. An author of short stories and poetry, Joachim is also a playwright. He will be reading from his new published collection of poetry, Crossroads / Chimenkwaze (2013) and Avec des Mots (2014). He is the director of City Night Readings, a series featuring diverse poetic talents, writers and artists. His work has been published in numerous international and national anthologies and magazines.