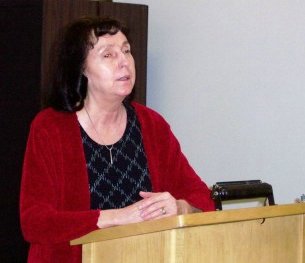 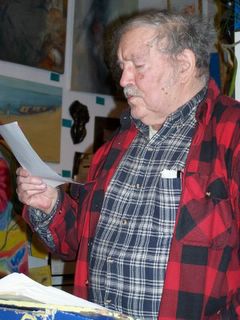 Stone Soup Poetry meets from 8-10 p.m. every Monday at the Out of The Blue Art Gallery at 106 Prospect Street with an open mike sign-up at 7:30 p.m. On the 15th of May, Joanna Nealon and Walter Howard, Stone Soup staples and longtime friends of Jack Powers, return to continue the celebration of Stone Soup's 35th anniversary.

Joanna Nealon is a Fullbright Scholar who has published five books. In addition to Stone Soup, she has read for various venues such as Tapestry of Voices, Ibbetson Street Press, Walden Pond Poetry and the Newton and Brockton Library series. She has been published in The Aurorean, Ibbetson Street Review, the Stone Soup anthologies, Cosmic Trend, Bitteroot, Northeast Corridor, and Poesis.

Walter Howard is a retired history professor, English teacher, and journalist. He is a member of the Longfellow Society, Natick Writers, and the Wayland Poetry Workshop. His poems have appeared in Motive, Longfellow Journal, Ibbetson Street Press, Journal of Modern Writing, Endicott Review, and others.
Posted by Chad Parenteau at 12:16 AM