Stone Soup Poetry meets from 8-10 p.m. every Monday at the Out of The Blue Art Gallery at 106 Prospect Street with an open mike sign-up at 7:30 p.m. For June 5th, Stone Stoup Poetry welcomes the writers that help make up Cervena Barve Press, which recently celebrated it's first year anniversary as a publisher of fiction, plays, and, of course, poetry.

Gloria Mindock is editor of Červená Barva Press, which publishes poetry, fiction, plays, and poetry postcards from writers all over the world. From 1984-1994, she was editor of the Boston Literary Review/BluR and ran a poetry reading series called BLuR READS. Gloria is author of two chapbooks, Oh Angel, (U Šoku Štampa 2006) and Doppelganger (S. Press 1992). Doppelganger was used as a text for a theatre piece of the same name and was reviewed in Stages. Her poetry collection, Nothing Divine Here, is forthcoming by U Šoku Štampa this year. Gloria has been published in numerous literary journals including Phoebe, Poet Lore, River Styx, Fire, Bogg, Blackbox, and UNU Revista de Cultura in Romania with translations by Flavia Cosma. She has been nominated for a Pushcart Prize and was awarded a Massachusetts Council Poetry Fellowship distributed by the Somerville Arts Council. Gloria moderates two writing groups and is part owner of one, both are based out of the UK on the internet. She has written text, music, acted, and was Co-Founder of Theatre S. (1984-1994) She has written solo performance pieces and performed them in the Boston area.

Parents, you carry your children’s coffins well.
Along the road, see the little gifts
left for you… blood stains, teeth, shoes, and
body parts.
The clouds gather up all the tears you cry
so everyone feels them when it rains.
The military buttons up its coats.

Children, you gather the bones of your parents quickly.
Identified by a piece of cloth, a shirt, a guess.
Sometimes you find bones at the front door, but
never where you hid. You were lucky.
But even you are the already dead dying slowly from brutality.

Husband, body parts hang in the
trees. The Earth is sad today. Trees
as sacred as the lives of those whose hands,
heads, fingers, organs, eyes touch the branches with their longing…
I know Husband that you are
on the first branch.

In this procession of sadness, I stand and console life.
Life embarrassed, cries out to the Death Squad.
They do not hear.
Their ears are filled, and hearts drowning. 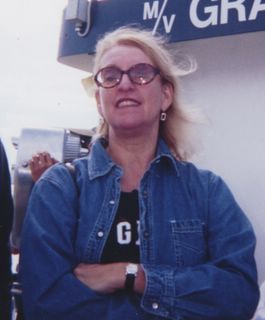 A recipient of numerous grants and awards, Mary Bonina studied with the late poets Denise Levertov and Ken Smith. Her poem, "Drift," was selected for Boston Contemporary Authors, a public art project, and it isinscribed on a granite column and permanently placed outside Green Street MBTA Station. Three of her poems were displayed last summer (2005) in the Boston CityHall exhibition "375 Views of Boston," featuring in addition to poetry, the work of Boston painters, sculptors, and photographers. She earned her M.F.A.degree in the Program for Writers at Warren Wilson College. Her poems have appeared in the anthologies City River of Voices (1992) from West End Press, New Mexico, and most recently in Voices of the City (2004), a joint venture of the Rutgers University Center for Ethnicity, Culture, and the Modern Experience and Hanging Loose Press Ny, NY. She has poetry forthcoming in another anthology, Vacations: The Good, The Bad, and The Ugly from Tall Grass Literary Guild, Chicago, to be published by Outrider Press. "The Wanderer, 1962," an excerpt from her memoir "My Father's Eyes," was published in Gulfstreaming the online magazine at Florida International University.

Only March and it’s 85 degrees in .
Nahant on the beckons:
the wide strand, where all the simple joys
arrange themselves, scatter about
among snail shells, stones, sand that sparkles.

It’s rare to know where you belong
at any given moment. For doubt to take a vacation
when the air still has a chill, especially by the water,
and the sun can’t quite make up for it.Gloria’s Sam and Noah
and my Gianni, chase each other,
circles widening, nothing in the way, so
free to run and who cares if they get wet?
Children don’t feel a cool breeze anyway,
at least not such fortunate children.

Mothers wait for days like this,
when they can honestly answer the question:
“Where are we going?”
give them an answer they can understand:
“We’re going on an adventure.”

So we are spending the afternoon at Nahant.
For this we decided to relinquish our worries.
We’ll eat oranges instead of dinner,
And go home late to our husbands.

We five race along the horizon of the water’s edge,
Push away the thought of rush hour traffic
On the , and stay until the sun goes down. 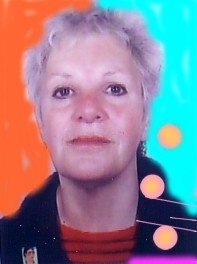 Irene Koronas is a graduate of Mass College of Art, B.F.A. Currently, she is the poetry editor for Wilderness House Literary Review and writes a weekly editorial (word catcher) about the Bagel Bards weekly meetings. Her poetry leans toward the experimental, with great enthusiasm for the playful juxtaposition of images.

those dozing hours my breast so freshly spontaneous went up to men at once at once living in city escapes I flourished by wallpapering my mind still running high my former protection was liberty glued to do what I want takes years and months with no other condition than perceived freedom I found no room for improvements my old older still with ocean patterns every kind of situation was undercurrent mucking ruminations oblivious to the caravans that carried me off outsourced my frenzy for it is not any longer the play of past but manners polish my toe nails and hardens my voice insufferably left propriety mingled with reality thank God I lived frivolous as amphibians.

Posted by Chad Parenteau at 2:38 AM