Stone Soup Poetry meets from 8-10 p.m. every Monday at the Out of The Blue Art Gallery at 106 Prospect Street with an open mike sign-up at 7:30 p.m. On March 3, we celebrate the birthday of Stone Soup's own Bill Perrault as he reads with guest performer John Sturm. 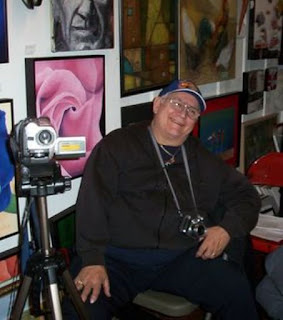 Bill Perrault has been published in Spoonful, Out of the Blue Writers Unite, and various web pages, and if you are lucky enough to be on his e-mail list, the poetry is Hot Off The Presses! Bill has featured, performed and sometimes hosted at open mikes all over NewEngland--including: COOL COFFEE in Biddeford, ME, Bestseller’s Cafe inMedford, MA his Walden Pond Series and, of course, Out Of the BlueGallery. Bill is a staple figure at the Gallery in Cambridge, MA and has faithfully supported the events they hold there every day/night of the week-- Stone Soup and all. 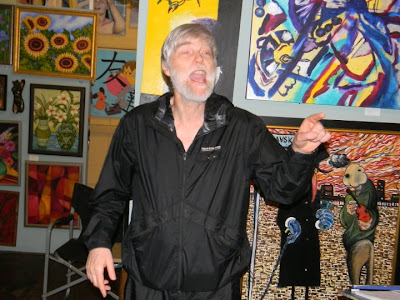 John Sturm has been performing at open mikes for the last few years at The Cantab, Club Passim, Out of The Blue and other venues. He has also performed at Forsyth Chapel for e.e. cummings' birthday anniversary.

Posted by Chad Parenteau at 6:43 AM