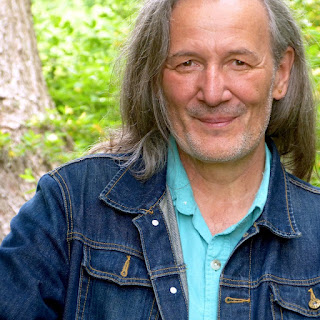 Stone Soup Poetry meets from 8-10 p.m. every Monday at the Out of The Blue Art Gallery at 106 Prospect Street with an open mike sign-up at 7:30 p.m. On September 3rd, we welcome Richard Cambridge as part of a special reading to mark the month Stone Soup founder Jack Powers would have had his 75th birthday.  Special musical guest will be Andreas Powers.

Richard Cambridge’s work has appeared in The Paterson Literary Review, Nantucket Journal, Asheville Poetry Review, and other publications. He is the author of a collection of poetry, Pulsa— A Book of Books (Hanover Press), of which Robert Pinsky wrote, “Full of heart, sincere ambition and a genuine devotion to the mysteries of language,” and The Cigarette Papers— A Memoir of Addiction (Fern Hill Records), from which he developed a one-man play that opened at The Institute of Contemporary Art, and was hailed by the Boston Globe as “A tour de force.”


Cambridge is the recipient of numerous awards, including The Allen Ginsberg Poetry Prize. He was a finalist for a residency at the Fine Arts Work Shop in Provincetown, MA, and he won the Masters Slam at the 1997 National Poetry Slam. In 2011 he was graduated from the University of Southern Maine with an MFA in creative writing (Fiction) and completed his first novel, RIDE, based on a hitchhiking journey. He is currently at work on a new novel titled 1970, an alternate history centered on his experiences with the Black Panthers, featuring a cast of supporting activists who successfully bring revolution to America.
Posted by Chad Parenteau at 3:49 PM