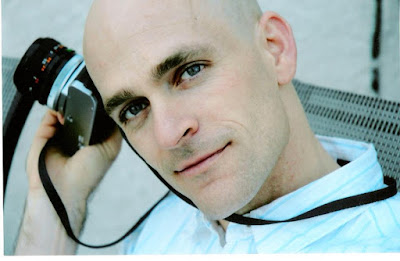 Moving forward, Stone Soup Poetry meets every Monday from 7-9 p.m. every Monday at the Out of The Blue Art Gallery, now at its new location at 541 Massachusetts Avenue in Central Square Cambridge, Massachusetts. On June 15, we will be visited by Ralph Pennel.

Ralph Pennel is the author of A World Less Perfect for Dying In, published by Cervena Barva Press. His writing has appeared in The Cape Rock, Ropes, Open to Interpretation, Ibbetson Street, The Smoking Poet, Unbound Press, Monologues From the Road, Right Hand Pointing, and various other journals in the U.S. and abroad. He has also published reviews with Rain Taxi Review of Books.  Ralph teaches literature for Bunker Hill Community College and poetry at Bentley University. He has been a guest lecturer at Emerson College and served as the judge for the 2013, WLP Dean’s Prize for Emerson. He is a founding editor and the fiction editor for the online literary magazine, Midway Journal (www.midwayjournal.com), published out of St. Paul, Minnesota. Ralph Pennel lives and writes in Somerville, Massachusetts, and was a finalist for the Poet Laureate of Somerville in 2014.

Posted by Chad Parenteau at 6:00 PM