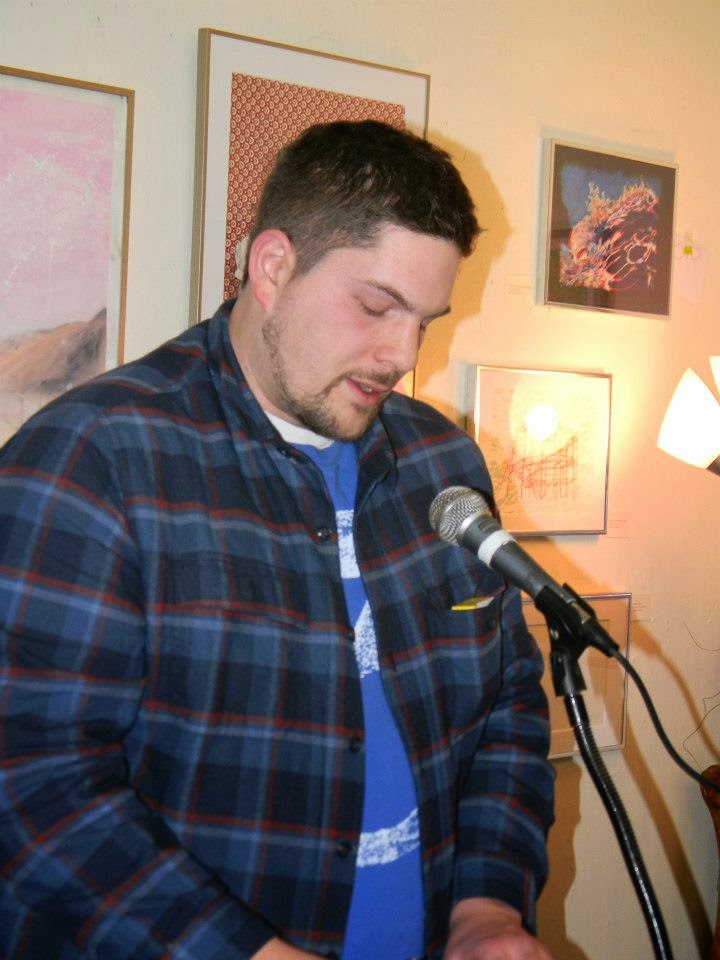 Stone Soup Poetry meets from 8-10 p.m. every Monday at the Out of The Blue Art Gallery at 106 Prospect Street with an open mike sign-up at 7:30 p.m. On April 7, we welcome Oddball Magazine Editor Jason Wright back to the podium.

Jason Wright is a Graduate of UMass Boston, recent guest on Wheel of Fortune, and self proclaimed champion of mental illness. He co-published five issues of the print journal Oddball Magazine before moving the journal online to oddballmagazine.com, which he still runs and edit today, featuring poetry and prose from a multitude of contributors as local as Cambridge, Massachusetts and as remote as the African country Tunisia.

He has been featured on Talk Up with Charlie Peters, and a frequent performer at The Middle East, Cantab Lounge, Cafe Luna, and other local venues. He currently resides in Somerville, Massachusetts, where he was recently featured in it's new local journal, The Scout.. His poem, "Strong as Boston Skyline" was recently chosen for the 2014 Mayor’s Prose & Poetry Program focusing on the Marathon tragedy of last year.
Posted by Chad Parenteau at 2:34 PM