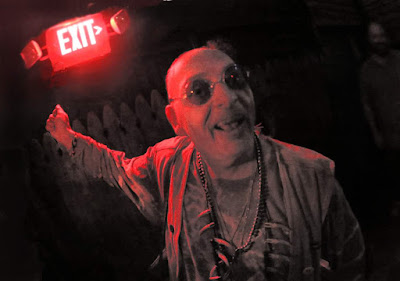 For the past year, Stone Soup has mets every Thursday from 6:30 to 8:30 on 138 Tremont Street in St. Paul's Cathedral's Lawrence room (past the receptionist area after entering the cathedral on the right-side entrance). On August 29, Stone Soup says good by to St. Paul's with a feature by Ryan Travis before we begin meeting in a new location on a new day.

Ryan "Rat" Travis is a Stone Soup veteran with about 20 years in the open mic scene. A modern American haiku master, Rat completed the daunting task of writing 1000 haiku in 100 days. His latest chapbook, Creature Double Feature, is the third in his haiku of horror series snd is a homage to giant monster movies. By day, Rat is an English teacher and during the month of October he can be found scaring the crap out of people with his wife at Fright Kingdom.
Posted by Chad Parenteau at 3:22 PM