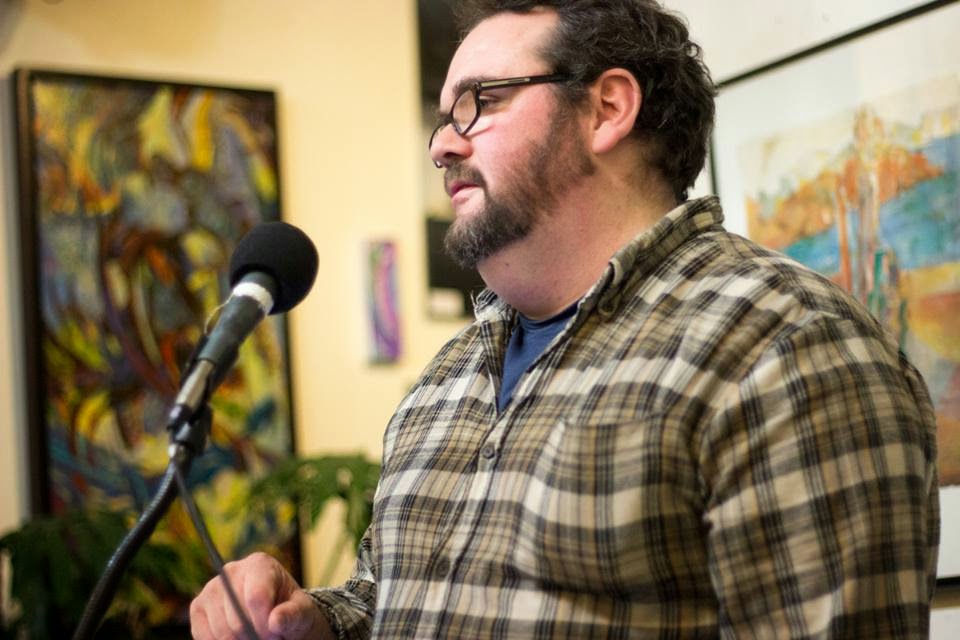 Stone Soup Poetry meets from 8-10 p.m. every Monday at the Out of The Blue Art Gallery, now at its new location at 541 Massachusetts Avenue in Central Square Cambridge, Massachusetts with an open mike sign-up at 7:30 p.m. . On January 5, we welcome back local poet, host, and organizer and Zeke Russell.

Ezekiel "Zeke" Russell grew up in an artist's community in Central Maine, surrounded by poets and lumberjacks. Since then, he's been a line cook, historian, and teacher.  but now he lives in Boston and works in homeless advocacy. He is a host of SlamCenter and a producer of the Boston arm of the New Sh!t Show. He is a previous host of the Untitled Open Mic in Lowell Mass . Zeke has written three chapbooks and toured New England performing his poetry. He was a member of the 2011 Lowell National Poetry Slam team, as well as the venue's Grand Slam Champion that year. He lives with his partner Emily and PJ the wonder pug, and he usually needs a haircut.